I Need To Become Myself (being Sarah Gancher Sarai) 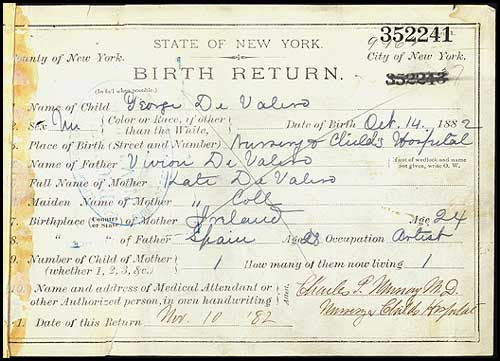 How do I legally become myself?

I was born Sarah Gancher. No doctor was present but there was a midwife and I have a certificate stating what seems obvious to me. I'm here. My parents would serve as good witnesses but they have chosen to view the whole thing of life from the perspective of the passed.

Sometime in the early nineties I started using my pen name and when I told my bank and the social security office (the bank was in Seattle and the social security office was in Oakland), no one objected. Suddenly I became Sarah Sarai, no questions asked. I might write, "suffice it to say this couldn't happen now," but who knows. When I go through airport security the big guards look at me with contempt, as if I were an insult to their strength and canny, so obviously am I nonthreatening. No one asks me anything. When I start talking, things sometimes change, but my point is, I could smuggle things if I were so inclined. Of course I'm not (really and truly) so maybe I have earned the contempt the airport screeners have for me. I skate through some things that hold up other people.

It is more than likely there would have been more hoops to jump through if I approached my bank or a social security office with a name change, or the same hoops would be proffered but they'd be flaming. I have social security cards in both names.

I have college transcripts from three colleges. All three have the same social security number, but my graduate school knows me as Sarah Sarai. It didn't question the difference in names. Hmmmm. That may be a key to getting help. So that I can seamlessly (relatively) skate through the systems ahead of me, those being social security and various other state and federal agencies. I could probably enter the penal system without so much as a howdy do, but like Bartleby, I'd prefer not.

To repeat, I do not have a piece of paper which states that Sarah Sarai is Sarah Gancher. See? Think like someone who works for the government and has a job to do. In L.A. my nieces and nephews could stand up for me. But could they? They didn't meet me until I was a teenager, and then they were more involved with getting their poo cleaned off and being burped. I have a few high school friends in L.A. who could stand up for me, as well as a sister. And one cousin.

In my most recent published short story, An Archive of Paranormal Inquiry Into Coping (in The Writing Disorder), I decided to sign the story as Sarah Gancher Sarai. It feels like who I am. It stands out more than Sarah Sarai and the numerology was more positive.

The really cool result of this was that two days later a friend from high school emailed me. She'd just found me. She must have set a Google alert on Sarah Gancher. Anyway, family curse on "Gancher" aside, it is a good thing to be fully me. All Sarah fiction hereon is written by Sarah Gancher Sarai.

Now the job is to convince the government. All good and sane ideas welcome.
Posted by Sarah Sarai at 3:31 PM