Eve on Her Deathbed

In the end we are no more than our own stories:
mine a few brief passages in the Book,
no further trace of plot or dialogue.
But I once had a lover no one noticed
as he slipped through the pages, through
the lists of those begotten and begetting.
Does he remember our faltering younger selves,
the pleasures we took while Adam,
a good bureaucrat, busied himself
with naming things, even after Eden?
What scraps will our children remember of us
to whom our story is simple
and they themselves the heroes of it?

I woke that first day with Adam for company,
and the tangled path I would soon follow
I’ve tried to forget: the animals, stunned
at first in the forest; the terrible, beating wings
of the angel; the livid curse of childbirth to come.
And then the children themselves,
loving at times, at times unmerciful.
Because of me there is just one narrative
for everyone, one indelible line from birth to death,
with pain or lust, with even love or murder
only brief diversions, subplots.

But what I think of now,
in the final bitterness of age,
is the way the garden groomed itself
in the succulent air of summer—each flower
the essence of its own color; the way even
the serpent knew it had a part it had to play, if
there were to be a story at all.

The world is less safe
without Hugo Chávez, imagine not, reality
Is ill enough. The world
Is less safe
Without the poets Jayne Cortez, or Louis Reyes Rivera,
Or Sekou Sundiata
much less safe without Arafat or Rabin,
A much more dangerous place
We in, with mouths closed by death, assassination. With
Chávez
We wonder is it the planet’s imperialist police
That killed him, like Arafat, some secret ugly
Shit, like you know they got
With Malcolm and Dr. King
The crazy white folks was screaming so loud
They shd die, there was even some negro zombie preacher
In Chicago, boy, joined with them at the hip
Who screamed and hollered and wallowed
On the sidewalks, they wanted to run Dr. King’s street
In front of his dope dispensing south side joint.
But Chávez, I swear I think
They killed him. Some kind of death ray white
poison like they slipped Arafat. With Cabral and Biko
The animal sounds of the racists
Allowed them to shoot straight out,
They cd take off Touré with the “gone to Europe
For medical treatment” tip
but Chávez I know they killed, Ditto
Arafat. Imagine
Rabin being stalked by a right-wing Israeli nut
A Patriot, Lieberman or Netanyahu might say, imagine that
The cries from money and a new edition
Of white supremacy canceled out opposition.
They tried to get Fidel for so many years
But Fidel being Fidel walked through the flail
with the wail of an organized people, and they failed
But Chávez, we gotta know
Imperialist death science is my feeling
They always either killin or stealin

I have/had the proof page / pdf of this poem as it was to be published in The Baffler. Classy layout! The Baffler pulled the poem at the last minute due to concerns ("concerns" my rear end). I suppose they were worried there'd be a reaction similar to the massive misunderstanding about Baraka's poem, "Somebody Blew Up America." I was at the Dodd Poetry Festival when he read that poem and witnessed a few angry people pop up, out of their seats. It was a thing, is all I can say, which snowballed into ignorance and hatred, as if Roy Cohn or J. Edgar Hoover were the alive and kicking thinkers. Baraka was stripped of his very new position of Poet Laureate of New Jersey. A shameful time in poetry history.

Thomas Sayers Ellis, then Poetry Editor of The Baffler, offered to email the pdf to any who requested it and since I knew Ellis, by way of friends, from a few parties, and through our emails about Baraka, I asked and promised to post. And so. S.S. 2014. (Edited 2020)

When at a Loss, Pessoa: "A broken gateway to the Impossible"

But at least, from my bitterness over what I'll never be,
There remains the hasty writing of these verses,
A broken gateway to the Impossible.
But at least I confer on myself a contempt without tears,
Noble at least in the sweeping gesture by which I fling
The dirty laundry that's me -- with no list -- into the stream of things,
And I stay at home, shirtless.

***image from Art and My Life

A bit about Pessoa
Posted by Sarah Sarai at 1:18 PM No comments:

Email ThisBlogThis!Share to TwitterShare to FacebookShare to Pinterest
Labels: Pessoa

Life is Without Meaning and so Is Advertising

This posting may be of limited interest. A friend who is in advertising strongly suggested I read "Absolute Advertising: Ground-Zero Advertising," a chapter from Simulacra and Simulation, a small and intense collection (1981) of essays by French philosopher Jean Baudrillard. As is demanded of the French, Baudrillard is cynical. I'm not sure there is are counter arguments to his contention that the meaning we may find in life is scorned and ignored by advertising, although he did, as they say, paint with a broad brush, offering few specifics. Except for the majesty of Las Vegas, rising from the desert every day, sinking into its darkness at night. I offer the image, not his, dare I write, nostalgia.

I tend to argue with my reading, explain lapses in perspective to writers. And then, as I did reading this chapter, I argue with myself to not argue, just read. The essay is eight pages. Elegantly dismissive. And not about to give ground. For my own benefit, I copied a few quotes. Consider this posting a Notes to Self or a reminder to fight for meaning. The culture is dissolving its own importance.

Advertising, therefore, like information: destroyer of intensities, accelerator of inertia.

It is not that people no longer believe in it [advertising] or that they have accepted it as routine. It is that if its fascination once lay in its power to simplify all languages, today the power is stolen from it by another type of language that is even more simplified and thus more functional: the language of computer science.

...it has both "entered into our customs" and at the same time escaped the social and moral dramaturgy that it still represented twenty years ago.

It is confused with itself (and the eroticism with which it ridiculously cloaks itself is nothing but the autoerotic index of a system that does nothing but designate itself--whence the absurdity of seeing in it an "alienation" of the female body.

There is no longer a staging of the commodity: there is only its obscene and empty form.


Note: the image is from Metropolis in Barcelona. Also note that Baudrillard is smoking, as is required of French philosophers.
Posted by Sarah Sarai at 1:47 PM No comments: 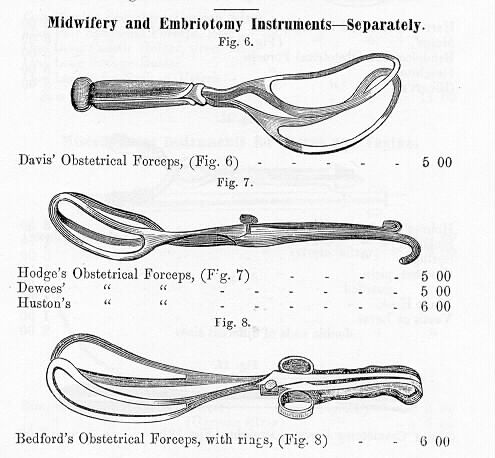 I find myself reluctant to draw on references from old wells of reading, although the refs sometimes sneak in. Nothing dies and every word I've read or heard is in me. I'm the cloud, not of unknowing but of cyberspace.

But then cyberspace was created by us so the mimicry is not double-edged but rotund, a mirrored carousel. A porous scrim. The wells I'm thinking of are children's lit--universal, beloved, and, plausibly cute, as in use-with-caution. And Sunday School lit, in my case the Bible (King James, old school). Christian Science Sunday School, the loneliest place in the world. In almost every other religion, if you need help, folks assemble, casseroles are offered along with good wishes and company. In C.S. everyone goes home and reads the texts. I'll take the casserole and a hug.

Oh. Another in my few The Common Ancestor poems names Jesus. But you get the idea.

I was so there where we met up
after I kicked
and you opened or
I kicked you open.

Everyone kicks Mom.
If they don't, a doctor's called
and Mother converts
to keep sharp objects away.

Judy, Tina, Sarah after
my oldest sister so don't worry
on her.

____
Sarah Sarai. A version of this poem appeared in Boog City Reader, Issue 83, 2013.
Buck Downs is the poetry editor. David Kirschenbaum is the mastermind.
Posted by Sarah Sarai at 7:00 PM No comments: